Skip to content
Pawan Singh is one of the biggest superstars of the Bhojpuri film Industry. Whole India knows him as the singer of Lollipop Laagelu. Because of this world-famous song, he is popular outside India too.
Contents hide
1 Introduction
2 Pawan Singh: Superstar In Every Field
3 Awards Received By Pawan Singh
4 Pawan Singh Wife Name And Photo
5 Some Facts About Pawan Singh
6 Conclusion

Pawan Singh (born 5 January 1986) is an Indian playback singer, film actor and media personality known for his works in Bhojpuri cinema. He was born in Ara, Bihar, India. He made his debut in the film Rangali Chunariya Tohra.

In this article, we will know all the details about him including Pawan Singh wiki, bio, girlfriend name, wife name, etc.

Pawan Singh: Superstar In Every Field

Whether it is about singing or acting, the name of Pawan Singh come first in Bhojpuri cinema. Pawan Singh is a Bhojpuri superstar whose popularity will never end, he debuted as a singer in a Bhojpuri pop album and his first album was Odhaniya Wali which was in 1997.

The song became a big hit but he got the real recognition from the super hit song of the country not only in Bihar, which became the most super hit song in the history of Bhojpuri. What song was Lollipop Lagelu. It was liked all over the country and with this Pawan Singh’s name was recorded in the golden pages in the history of Bhojpuri.
People love Pawan Singh movies as well as Pawan Singh wallpapers. 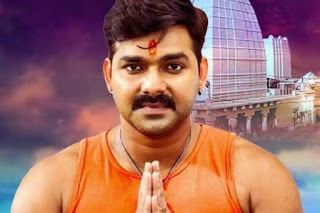 Pawan Singh was awarded the Best Singer Award at the 2016 International Bhojpuri Film Awards. Today, when it comes to the action scene of any film, Pawan Singh’s name comes first, his action and comedy scenes are very popular.

His success can be measured by the fact that his upcoming films are declared as super hits even before release. He has several awards to his credit, such as the Best Male Singer at the International Bhojpuri Film Awards 2016 and 2017. The same year he also received the Best Actor Award at the Bhojpuri Film Awards.

No matter how big a person becomes in his life, but it is said that the storm of personal life does not leave anyone, something similar happened with Pawan Singh.
Pawan Singh’s wife Neelam Singh allegedly committed suicide at her home on 8 March 2015. This incident happened when Pawan Singh became popular all over the country and Pawan Singh had to pay it as well. After this, Pawan Singh married Jyoti Singh in 2018.

Some Facts About Pawan Singh

Here are some of the most secret facts of the life of Pawan Singh. We don’t claim that these are 100% true, but this is all the information that we have got about him.

Here was the bio of superstar of Bhojpuri cinema Pawan Singh. He has made a completely different place of himself with his super hit songs and Films. We hope Pawan Singh will make great films in future too.