Skip to content
Ravi Kishan is one of the well-known superstars of the Bhojpuri Film industry. In this article, we are going to know the life of Ravi Kishan in detail. We will know about the lifestyle of Ravi Kishan, his age, girlfriend, wife etc.
Contents hide
1 Ravi Kishan Full Name
2 Ravi Kishan Photo Collection
3 Ravi Kishan daughter
4 Awards
4.1 Ravi Kishan Movies
4.2 1.Sabse Bara Champion
4.3 Rating- ★★★ (3.4)
4.4 Ravi Kishan is playing the main bhuka in the film. Singh Mahi, Kishan Rai, Monica Roy, Ayishi Tiwari and others are playing supporting roles. Rakhi Sawant gives a special appearance in a song, which starts in Bhojpuri cinema. In Bhojpuri songs ‘Navratan Tel’, Rakhi Sawant’s Draan is going crazy, again and again… (Watch the movie)

Very few people know that Ravi Kishan’s real name is Ravindra Shyamnarayan Shukla and was born on 17th July 1969. He found a lot of popularity throughout the country from his work. He has worked not only in Bhojpuri films but also in Hindi and Telugu films. And recently he joined the BJP.

Here is the latest HD photo collection of Ravi Kishan

Ravi Kishan participated in the Indian hybridization of Big Brother in 2006, which is named Big Boss. The show gave them a lot of popularity.

Not only that, he also participated in a glimpse in 2017. He explains that he loves the reality programme. 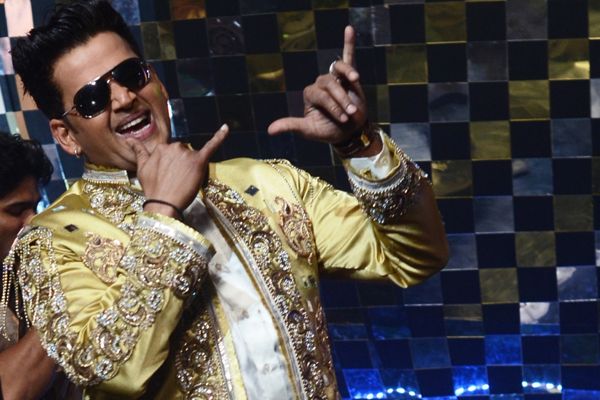 His wife’s name is Preeti and he has four children.
Ravi Kishan points out that he always wanted to work in Hindi films, but he had to come to Bhojpuri films because he could not get a chance. But they have no complaints from Bhojpuri films because these films gave them wealth and fame and made a distinct identity all over India.

The name of the daughter of Ravi Kishan is Riva Kishan.
He explains that his father was a pandit and that is why the pooja text on all his siblings has been affected since childhood. He himself is also a great devotee of Shiva.
When asked about his hobby of dance, Ravi Kishan says he was very fond of dancing when he was younger. Even when he was older, he was fond of this hobby, and I took part in this hobby

Ravi Kishan was awarded Bhojpuri Ashmita Samman award which is regarded as the highest award in Bhojpuri film industry. This was given for his extraordinary performance in movie Sanki Daroga.
He was also nominated for film Mukkabaaz as best actor in supporting role by Jury’s choice awards but unfortunately, he could not win this award. 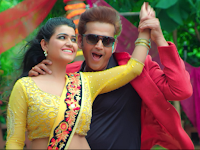